Become the famous football star you’ve always wanted to be in Linebacker 2! Fight off the toughest blockers and tackle the running back before he can say touchdown! 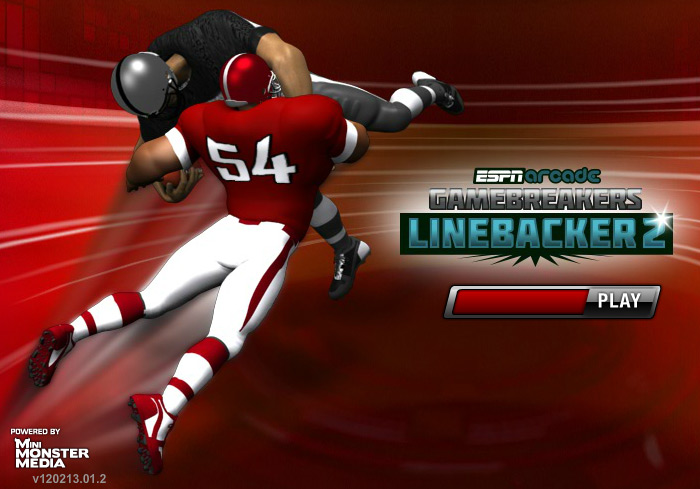 In Linebacker 2 you play as a famous football star, chasing down and tackling the opposing team’s running back before he has a chance to make the winning touchdown. He has come fully prepared for you though, with a full team of blockers to help him reach the goal line. Avoid or plow through these blockers and stop that running back before he makes it into the end zone. If you fail to stop him, you will lose a defensive stand. When you lose a total of four defensive stands, you will lose the game. Don’t fret, though, luckily your stage progress is saved!

Similar to the previous version, in Linebacker 2  your default key controls are I, J, K, and L to move your linebacker in the direction you want him to go. Using the spacebar while the game is in action will cause your player to dive tackle the running back. In addition to these default control settings, players also have the option to change the key controls in the control panel to W, A, S, and D for the directional controls. 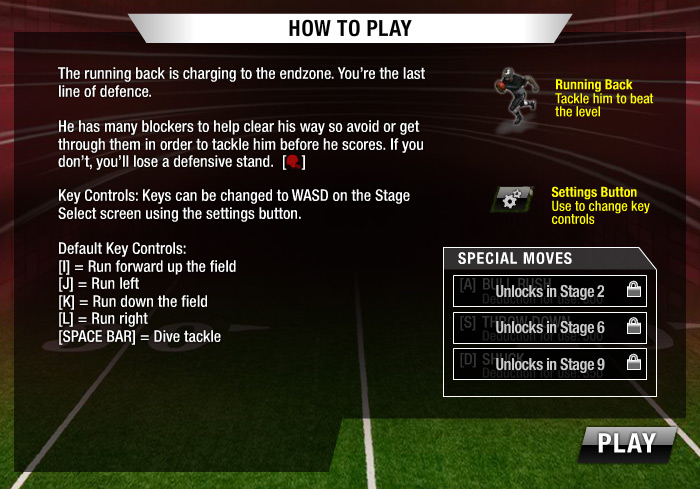 There are three different special moves that you can unlock throughout the game: Bull Rush, Throw Down, and Shuck. Each of these special moves unlock once you’ve completed a specific stage in the game.

As in previous versions of Linebacker, as well as other games from the same developer, Linebacker 2 comes packed with 15 different stages for you to complete. In each stage, there are three or more levels you need to beat in order to unlock the next stage. In addition to unlocking future stages, by completing the stages and levels you will also unlock some awesome special moves for your player to use in order to advance to higher stages and obtain incredibly high scores! 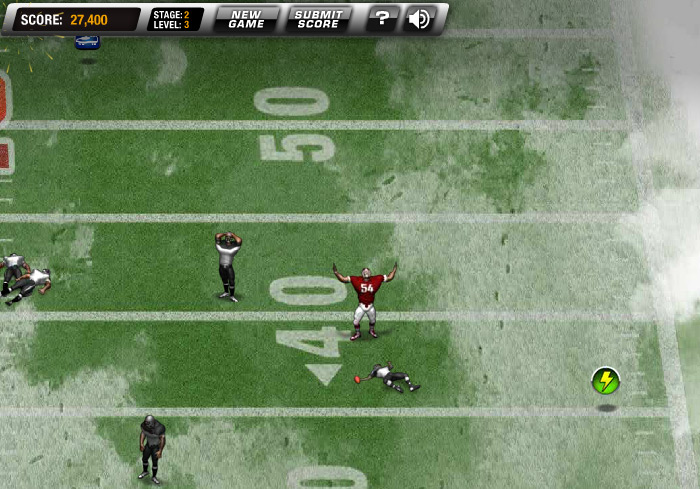 Linebacker 2 is an amazing game for avid football fans to enjoy during their spare time. However, many new gamers may find it a little difficult to play. If you find yourself stuck, try out some of these helpful tips to earn those high scores that will make your friends envy you!