You have survived the zombie apocalypse, but the drive of playing football still pumps through your veins. You heard about a group of humans forming a major football team to play against some of your zombified rivals and jumped at the chance to play again in Return Man 2: Zombies. 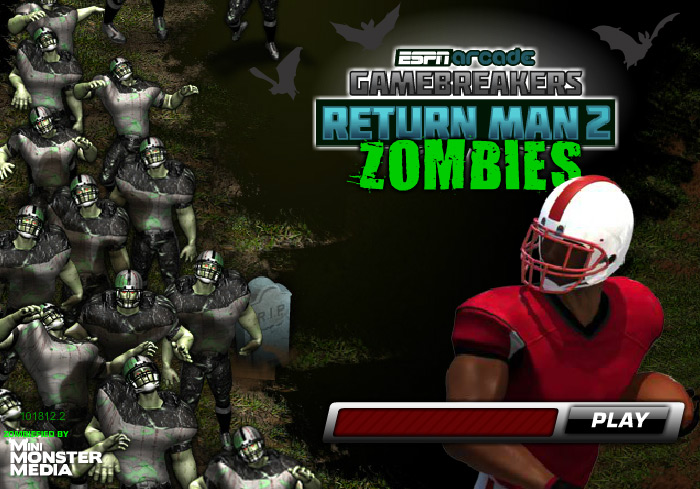 The player controls in Return Man 2 ZOMBIES are very similar to those in previous versions of this game.

In addition to these basic controls, as you progress through the stages and levels you will unlock special moves that your football hero can use to work his way down the field and into the end zone. For instance, when you have completed Stage 2, you will unlock the first special move – the Football Club. This special move lets your football hero use the football as a club, smashing the skulls of the surrounding zombie football players and giving you time to run further down the field. 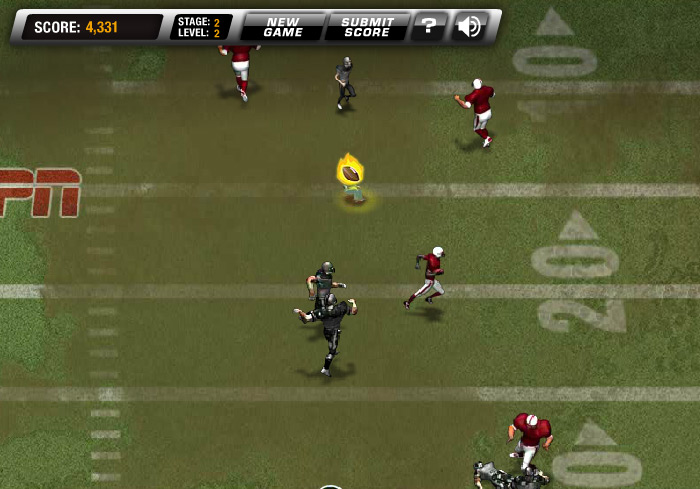 After being accepted on the human team and training hard, your first game has approached. Looking at the field, it is clear to see that this is an away game; you’re on their turf. As you look around, you see affectionately placed tombstones and a hazy fog decorating the opposing team’s end zone – meant more to intimidate and scare your team than anything else. Will these simple, yet powerful mind games affect your ability to play this football game?

The flash game features 10 impressive stages. Each stage has a different number of levels that you need to complete in order to unlock the next stage or the next special move. For example, Stage 1 has two levels while Stage 2 has 3 levels. After completing the second level of Stage 2, you can unlock the Football Club special move, then once you complete the third level within this stage, you can unlock Stage 3, and so on. 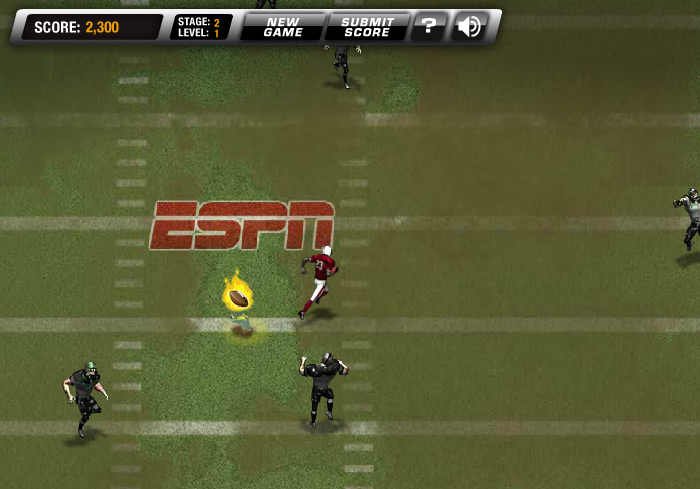 Although the game’s “How to Play” instructions tell you to use your teammates to help you run down the field, don’t rely on them too heavily! Some stages and levels you are out there on your own, with no teammates to help you out. Keep your wits about you and outsmart those zombies to make your way into their end zone and win the game!